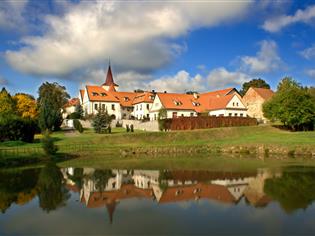 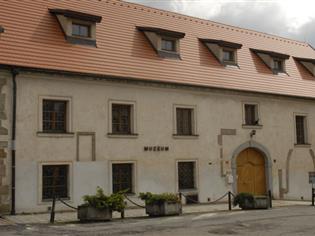 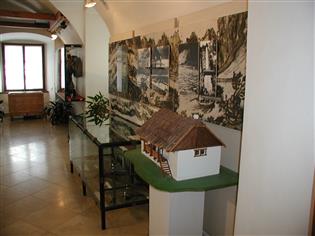 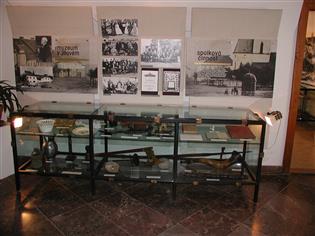 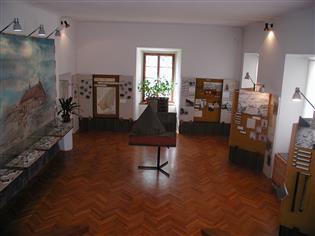 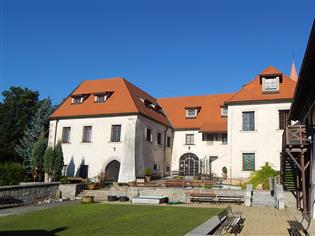 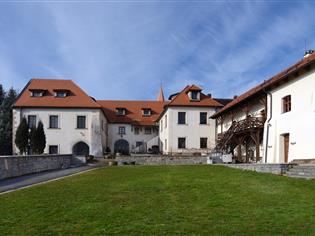 The Museum occupies a historic building called “Coin” located at the lower part of the square in Jílové. Until 1420 the Gothic house was a seat of the mining authority where the royal master of the mine collected taxes from miners – in gold, as well as bought gold for the king. It was from here that the mining industry around Jílové was controlled. The Regional Museum in Jílové u Prahy studies the history and geography of the Prague-West region (lower part of the Sázava basin, central part of the Vltava basin) and specialises in mapping the gold mining in the Czech Republic. The Museum’s focus is naturally reflected in topics of its permanent exhibitions – “Gold in the Czech Republic” (occurrence of gold in nature, history of mining, examples of minerals, maps and other exhibits relating to gold mining), “History of the Region” (monastery in Ostrov, the town of Jílové, etc.), “Nature, tramping and tourism in areas to the south of Prague” (“tramping movement” from the beginning of the 1920s up to the present).Exhibition at the courtyard (visitors can try panning off gold).

Tourist destinations in the surroundings of Jílové
St. Joseph School • Mine in Halíře • Mine of St. Anthony of Padua • Church of St. Adalbert with Gothic tabular altar • Chapel of St. Wenceslas with legendary healing spring • Railway bridge in Žampach, belonging amongst the highest stone brides in Europe • Recently built lookout on the Pepř hill offering beautiful view of the Posázaví region.

The drift of St. Joseph in Dolní Studené is one of the many mine works of the significant part of the Jílové gold-bearing area – Koucourský vein system. The drift is mapped on one of the oldest preserved maps of the Jílové district from 1730. Therefore it is not excluded that the mining companies working here in the 18th century kept working on the old mine work, probably already from the pre-Hussite time (the most famous period of the mining was in the 14th century).

The drift of St. Anthony of Padua is distanced from the drift of St. Josef about 100 m. It is an
old mine work where the last work was being performed in the first half of the 18th century.
The route for the visitors leads in two levels being connected by seven ladders.

The opening hours of the St. Anthony of Padua drift: upon order

The drift Halíře is driven in a modern way, representing the youngest stage of the gold mining in the Jílové area since it was established as a control drift in the half of the 20est
century. The main corridor, being long 270 m crosses the old stopes. A mine equipment mini-exposition is located here.

Our tip
The nature trail JÍLOVSKÉ ZLATÉ DOLY (JÍLOVÉ GOLDEN MINES) leads mostly on the field-paths, being accessible all the year round.
Museum permanent expositions:
“Gold mining in Bohemia”
“Tramping and nature in the southern suburbs of Prague”
“From history of the region 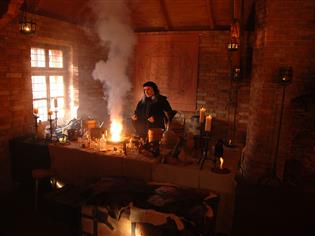 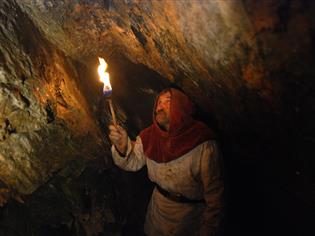 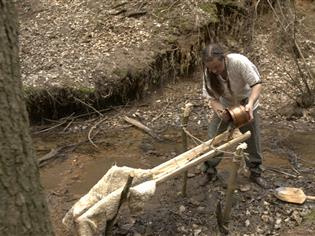